Falling film reactors and other equipment are generally used in processes where it is essential that temperature is maintained below certain limits – for example, in the concentration of orange juice or the manufacture of cosmetics.

PSE has extensive experience in modelling falling-film equipment, in particular evaporators and reactors.

The objectives of the case presented here were to determine a start-up policy that avoided formation of dry patches, and the resulting:

A typical arrangement is shown in Fig. 1 on the right. A liquid film (orange) containing one reactant slides down the inside of a tube. A second reactant enters in vapour form passes up the inside of the film-covered tube, contacting the liquid film at its surface. The outside of the tube is heated by steam (blue).

It is important to start up the unit in the right way. If the tube surface is too hot, dry patches can occur and the product can be burnt and become discoloured.

Further burning can cause it to stick to the surface, leading to continual operating problems until the unit is shut down and cleaned.

PSE's falling film reactor is the most advanced model currently available. It takes the following phenomena into account phenomena simultaneously: 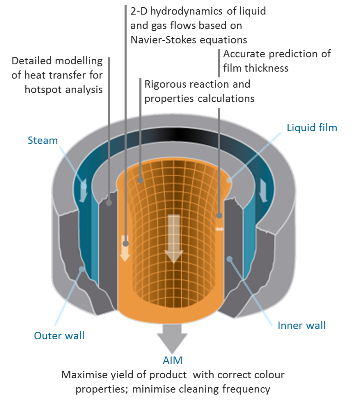 These are shown schematically in Fig. 2.

The film is modelled using a dual gas/film flow 2-D model of the hydrodynamics of the falling film coupled with the gas flow shear stress at the interface.

A Maxwell-Stefan approach is taken for mass transfer from the gas into the falling film and through the interface.

The physical properties of the falling film are locally coupled with temperature, pressure and composition.

The model accurately predicts phenomena that are otherwise impossible to observe.

The reactor model was used to determine a number of key quantities of interest, including velocity through the film down the length of the reactor.

Figures 3 to 6 show results for the fist metre of the reactor, i.e. points 0 to 1m in the axial (z) dimension.

From Figure 3 it is possible to see that the velocity peaks at the wall about 0.2m into the tube. This is a result of the decrease in viscosity owing to the sharp increase in temperature of the liquid film.

This is corroborated by:

These results demonstrate how and where problems of overheating occurred.

By using the model to determine the ideal steam temperature setpoint profile during start-up it was possible to ensure that the film never went below critical thickness, and thus to eliminate the danger of overheating.

A key result was an optimal start-up procedure for operators that could be used to start-up the unit without burning product, thus maximising the time the unit could be operated before cleaning shutdown.

By going a step further and using dynamic optimisation techniques it would be possible to determine the optimal start-up profile – i.e. the fastest possible start-up while remaining within process constraints.

This allows key design and operating decisions to be taken on an informed basis – in this case enabling significant product quality and throughput enhancements without any capital expenditure. 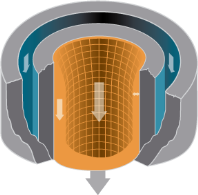 Falling film equipment is typically used where it is important to keep the contents below a certain temperature – for example, in the concentration of fruit juices or the manufacture of heat-sensitive consumer products. 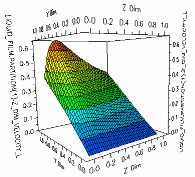 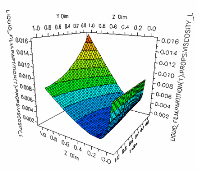 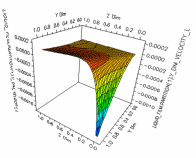 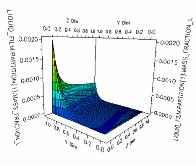 Fig. 6. Mass fraction of the key product – click to enlarge